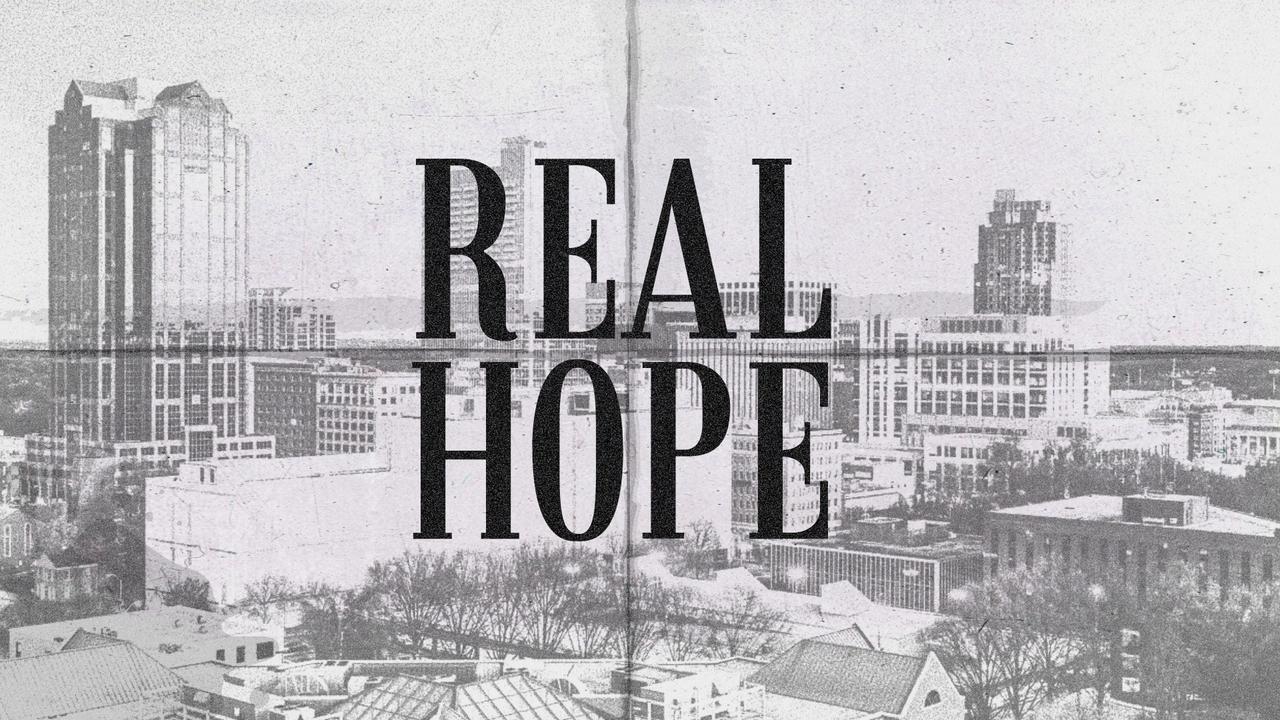 We are in a sermon series called Real Hope, which is similar to a series we used to do years ago called, Love C3 Style. Each week we will have a different Hope Focus and honor a different group of people. This week we are honoring Missions, specifically our team going to Guatemala on Friday, and our local school teachers.

When you hear the following names what do you think of?

These are all leaders. They have all impacted other people in a significant way. You and I may not agree with all of their beliefs or ethics but everyone of them are leaders that have influenced thousands of lives.

If you think you are a leader and no one is following you you’re just going for a walk.

Who influenced you toward your occupation? Career?

What you are wearing?

How you relate to your spouse?

Where you went to College?

In your Christian life?

Whether you are a Duke fan, Carolina fan or a State Fan, or an I don’t care fan?

For example: Young wife cooking her first ham for a family celebration. Before she puts it in the pan to bake, she cuts off both ends of the ham and tosses them out, as her husband comes into the kitchen.“Why did you cut off the ends of the ham and toss them?”“Because that’s the way Mom always did it.”Mom happens to be in the living room, waiting for the feast to begin. So, the young husband calls his mother-in-law into the kitchen, and asks again, “Why cut off the ends?” She gives the same answer as her daughter: “That’s the way Mom did it.” Seeking to get to the bottom of this, the husband decides to call grandma, celebrating at another relative’s home. “So, Grandma, we’re discussing the traditional holiday ham. Your daughter and granddaughter both say they cut off perfectly good ends of the ham and toss them out because that’s the way you did it. Why?” “Well, honey, I don’t know why they do it, but my pan was too small. I had to cut off the ends to make it fit.”

The greatest leader of all time was a man named Jesus Christ. If you want to learn to be a great leader you need to study how Jesus would lead and influence people.

One of example of his leadership style was when he met with his disciples in the upper room for supper and they didn’t have a servant to wash the dirty feet at the door, which was their custom. Yet when the disciples realized the servant was missing, none of them volunteered for the job. Instead they argued over who was the greatest. When Jesus saw this, He decided to use this as a teachable moment and present an object lesson. After supper, Jesus took off his outer clothing and wrapped a towel around his waist. Then he took a basin of water and a towel and began washing the feet of His men. We can learn several things from this powerful story.

When We Serve Others Jesus Style…

GOD’S LOVE MOTIVATES US TO SERVE

Jesus led with a servants heart. Notice the motivation to serve.

John 13:1, “It was before the Passover Feast. Jesus knew that the time had come for him to leave this world and go to the Father. Having loved his own who were in the world, he now showed them the full extent of his love.

You cannot be a truly effective leader unless you love people. Jesus was effective because of his love for people.

The reason Martha and I wanted to start a church like C3 is because we love people and we want people to know that God loves them and he can give them a fresh start and a new beginning, that He can heal their hearts and provide fulfillment. We weren’t looking for a job or recognition.

That’s why our vision is to provide “real hope for real people in a real world.”

This whole month is so much fun as we express God’s love with practical acts of kindness.

We need to serve others with actions not just words.

Here are some ideas of how you can serve this week:

Next week we'll be serving Single Parents. We'll be partnering with the iChoose Pregnancy Center to donate the following items.

Everyone will be bringing these items on Sunday!

Businessman Harry Gruland, “Being a leader is more than just wanting to lead. Leaders have empathy for others and a keen ability to find the best in people… not the worst… by truly caring for others.”

What is motivating you?

We want know when you are serving others this week with pictures and stories! Let us know by emailing the team at [email protected] and using #C3RealHope on social media!